Six brand-new Targon cards have just been revealed, and they’re all coming alongside the “Guardians of the Ancient” expansion on May 5th! If you were hoping for something monumental, however, you’re bound to be left wanting — this is a fairly mellow reveal, which doesn’t have to be a bad thing.

Lore-wise, these cards offer a very interesting scenic view of Runeterra and Targon specifically. Landmarks, sentinels, and a bunch of natural flora and fauna which are so abundantly present around Mount Targon. It’s an interesting change of pace after being greeted with a slew of units, champions, and spells thus far. Still, knowing Riot’s release cadence, they probably have something mind-blowing to reveal right afterwards, so stay tuned!

“Spiral Stairs” is a 3 mana Landmark with a Countdown timer of 3. Once it reaches zero, it’ll create a ‘Seed of Strength’ in your hand.

“Seed of Strength” is a 0 mana Slow Spell that’s also fleeting. Once activated, it’ll grant an ally +3 | +2 and Overwhelm. It’s a fairly simple spell by design but it’s mighty potent as well. Surprisingly so, in fact. That’s a ginormous stat boost (worthy of the name) and the fact that it provides Overwhelm as well makes it all the more exceptional.

“Rockfall Path” is a 2 mana landmark with a Countdown timer of 2. Once it reaches zero, it’ll obliterate the weakest enemy. Not exactly the most overwhelming of effects, but not half-bad either.

“Earth Elemental” is a 4 mana unit with 3 | 5 and Overwhelm. Once you’ve summoned 4+ landmarks, this unit will gain +3 | 0. So, basically, if you summon it later on into the game, it’s practically a 6 | 5 monstrocity that’ll easily clear the opponents side of the board.

“Crest of Insight” is a 2 mana landmark with a Countdown effect of 1. Once it reaches zero, you’ll gain an extra mana gem that round. 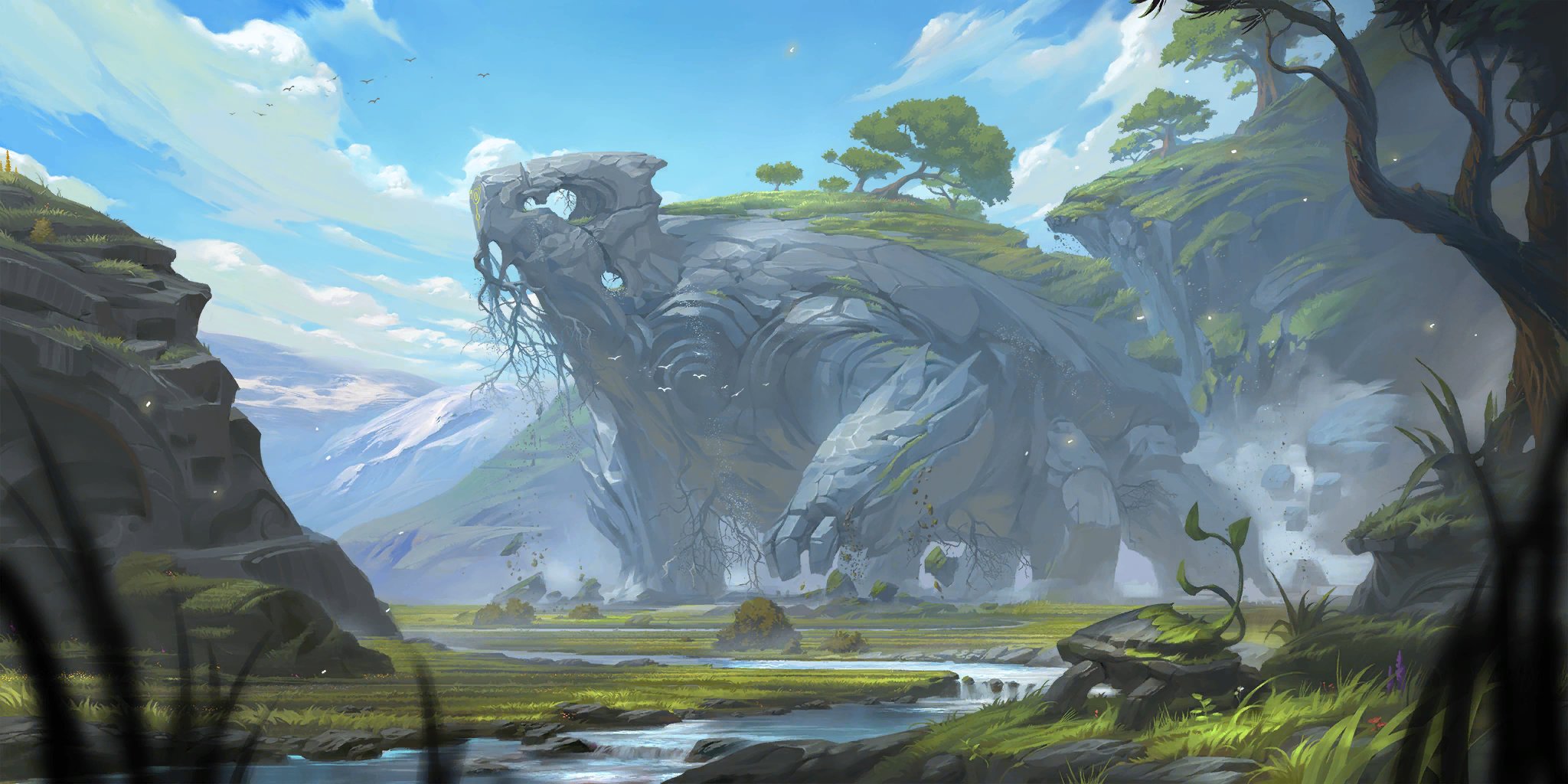 Talk about a scenic view!

Overall, this brand-new batch of Targon cards is somewhat of a mixed bag. Still, even at its worst, we can notice a bit of potential, albeit most of it lies dormant. They’re all basically tied to one thing: Malphite whose reveal is scheduled for tomorrow night. By themselves, these cards aren’t all that potent, but when paired with the towering ‘Shard of the Monolith’ they’ll surely create a much more complete picture.

Either way, we can’t wait to see what Riot has in store for tomorrow! As previously mentioned, this batch isn’t all that mind-blowing, but at least it’s a (relatively timid) foretaste of a much more grandiose reveal! Stay tuned, as things will go from 0 to a 100 far quicker than you’d ever expect!