Gaming laptops come in various shapes and sizes these days, and if you’re not particularly tech savvy, it’s quite easy to get lost in all the spec sheets and marketing speak. So, let’s go over the most important things you should keep in mind before taking the plunge! 2021 won’t bring any huge, sweeping changes to the market, and that’s far from a bad thing. Gaming laptops, at least right now, are in a good place. There’s enough variety and the hardware has finally reached a point where you can game comfortably even on a mid-tier machine.

The point of this article is to give you a better understanding of what’s good and why. We’ll also focus on the “minimum” you should aim for along with a couple of laptops that offer the most value for their asking price.

Right now, as things stand, you should almost always go for an AMD processor if you can find one in stock — they’re so good they’re often hard to come by. AMD’s Ryzen mobile processors are nothing short of mind-blowing, and they offer insane bang for your buck. Heck, “insane” might even be an understatement. They’re more energy efficient, they run cooler, can sustain their clock speeds for longer, they have more cores and threads, and they’re also cheaper than Intel.

Now, it’s not like Intel no longer packs a punch. In fact, it’s quite the opposite, depending on the model. But, when we factor in their performance (especially in multi-core workloads) and, above all, price, they become a lot less appealing. Plus, they run hotter and are pretty darn outdated by this point. Gaming laptops with Intel processors still sell for a premium, even though there’s no excuse for such a thing.

As for which Ryzen models to go for, if you’re really into gaming and don’t want your processor to be a bottleneck, then go for a CPU with an “H” at the end. These models have a higher thermal design power (TDP, 35—45W) meaning they’ll draw more power but will perform a lot better than the “U” ones. The latter are mostly designed for thin and light notebooks, which isn’t to say they’re slow or underpowered. On the contrary! The “H” ones, however, are almost too good to be true.

The Ryzen 5 4600H with six cores and twelve threads is the sweet spot, price and performance-wise. The fifth generation of Ryzen mobile processors is also right around the corner, but it’ll take a while before you can actually get your hands on one. If you’re after the most value, the fourth generation is still more than sufficient!

As far as RAM is concerned, you should focus on two things: whether it’s fast enough (3000 Mhz as the minimum) and whether it’s running in dual channel (a necessity). If the laptop you’re looking for ticks both boxes, you’ll good to go.

Sometimes manufacturers will ship laptops with just a single stick of RAM inside, so you’ll have to do the upgrade yourself. There are also models that have RAM soldered onto the motherboard which means there’s no upgrading whatsoever, so just keep that in mind. As for quantity, 16GB is the perfect amount, although 8GB might be sufficient if you’re a bit more frugal with your memory usage. 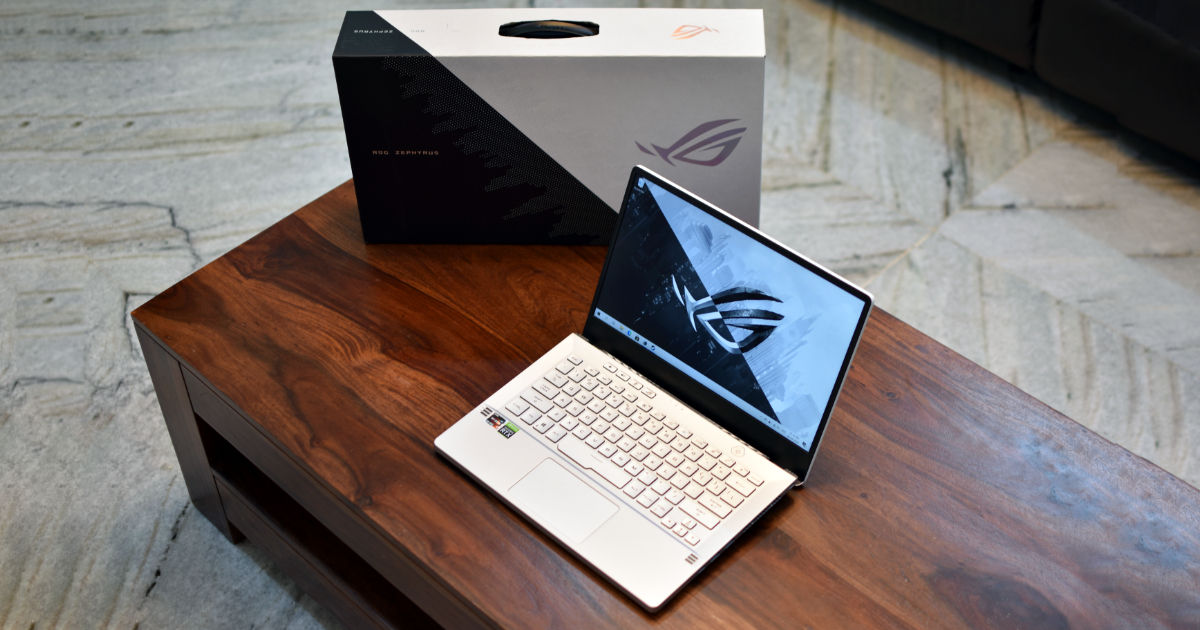 When it comes to the GPU, it mostly boils down to your own personal preference. Which games are you looking to play? That is the most important question. Are we talking esports titles, or stuff like Cyberpunk 2077, The Witcher 3, and so on? There’s a big difference between the two, as you can imagine.

In any case, Nvidia graphics cards are more present on the gaming laptop market and there’s a good reason why. When it comes to performance, they’re incredibly potent and aren’t obscenely expensive either. If you’re looking to game at 60 FPS on Medium/High settings, then a GTX 1660 Ti is the way to go. If, however, you want a bit of that triple A action, then something like an RTX 2060 will do the trick. The RTX 3060 is also looking mighty strong, but much like Ryzen 5000 processors, it’ll take a bit of time before they reach the market.

Still, if you can wait things out a bit, buying a laptop with an RTX 3000 GPU will go a long way towards ensuring respectable frame rates, no matter which title you opt to play.

It doesn’t matter if your gaming laptop is beastly when it comes to hardware if it doesn’t have a good screen to look at. The display, above all else, is the way you consume content. For this piece, we’ll focus on two key areas: brightness and refresh rate.

The former is where most laptop manufacturers cut corners. They sell laptops with a measly 250 nit brightness — barely enough for indoor use. (aim for 300 or higher) It is absolutely paramount that you do not purchase such a model. These screens are dim, often washed out, and just don’t offer an enjoyable experience. And it’s not like they’re present on budget models only. In fact, quite the opposite. You can find a bevy of expensive laptops that have dreadful display. So, you’ll need to do a bit of research before pulling out your wallet.

As for refresh rate, things are pretty simple: the higher the better. We’re all used to using 60Hz displays and, while they’re perfectly fine overall, there’s something special about playing on a 120Hz panel (or above). Everything is twice as smooth, and it’s just amazing to look at. Plus, it’s a night a day difference if you’re into competitive esports gaming and first-person shooters. It might be somewhat of a luxury, but high refresh rate displays are becoming more and more affordable as time goes on. If your budget can cover it, definitely go for a laptop with a high refresh rate display.

This is where personal preference comes into play. Some gamers really don’t care much for build quality. Others, however, rank it near the very top of their list of priorities. In any case, if you’re getting the right components underneath the hood, you’ll be able to live with a less-than-stellar enclosure. Still, if you plan on using your laptop for a couple of years, then you’d be wise to go for more a robust model.

There are numerous exceptional laptops on the market right now that offer insane value for the money. We’re talking about the Asus Zephyrus G14, HP Omen 15, Lenovo Legion 5, and Acer Nitro 5. These models differ in aesthetics, build quality, and price, but they’re all equipped with Ryzen processors and Nvidia graphics cards — a win across the board. Plus, you can configure them with a high refresh rate display, so you’re pretty much set for a top-notch gaming experience!

They’re some of the best gaming laptops you can buy right now (for a reasonable sum of money) and all four of them will get the job done!