If you’re into competitive esports, you’ve surely heard a ton of people rave about high refresh rate monitors. But what are they really worth it? First of all, the point of this article isn’t to bore you with any overwhelming technical mumbo jumbo. Instead, we want to provide you with the most important facts and convey them in the most palatable way. The end user mostly cares about value — not the indecipherable graphs and benchmarks. They want to know what they’re getting and whether it’s worth the asking price. Unfortunately, this information isn’t always presented in an easily digestible way, so it should come as no surprise that most people feel wholly lost once they enter the world of IT and hardware.

So, first of all, let’s explain what high refresh rate monitors are and why they’ve become such a big deal. A standard monitor has a refresh rate of 60Hz. This is basically the number of times your monitor will refresh its image per second. The higher the refresh rate, the smoother the image. Now, 60Hz, despite being the standard for so long, isn’t all that great, and you’ll realize as much from the moment you witness a 120Hz display in its full glory. Every single task, no matter how insignificant, will look and feel ten times better.

This includes the most basic things like scrolling, opening/closing windows, resizing things, cursor movement, and everything in between. Of course, this doesn’t really affect your performance if you’re, say, an engineer or a graphic designer. It does, however, make a world of difference if you’re a gamer. This, in short, is why they’ve skyrocketed in popularity over the last couple of years. Heck, they’re considered as an absolute must for anyone’s who’s “really” into esports and competitive gaming.

If you’re into MOBA titles like League of Legends or Dota 2, then you won’t notice much of a difference seeing how these games aren’t quite as hectic as a first-person shooter. If you’re into Valorant, Overwatch, Call of Duty, or even racing simulations/arcades like Forza Horizon or Need for Speed, then high refresh rate monitors are definitely worth the asking price. Heck, maybe that’s even an understatement. Any genre that rewards quick, split-second reaction time will inevitably be augmented by a faster display.

Will They Improve Your Game?

This is one of the few instances in which we weren’t being lied by marketing departments — high refresh rate monitors will actually improve your game. Of course, it’s not exactly black and white. If you’re not a particularly talented FPS player, you won’t get all that much out of a faster display. If, however, you’re one of those folks who can quickly click heads and dominate with ease, then you’ll definitely notice a big difference.

In these highly competitive shooters, a fraction of a second can truly be the difference between victory and defeat. And by having a faster monitor, you’ll be able to respond faster as well. Plus, any kind of movement and action will be fantastically smooth. You really can’t imagine how big of a difference 120Hz makes until you see it in person. It’s so good and fluid you’ll wonder how we ever lived without high refresh rate displays!

Are They Worth It?

This is pretty much the first question that comes to mind. A couple of years ago, these monitors were kind of reserved for those with deeper pockets. After all, this technology wasn’t cheap, hence the high asking price. But as time went on, these displays became more and more affordable and now, in 2020, they’re actually reasonably priced.

They’re not all that more expensive than a regular monitor which is a great thing as it democratizes a very alluring piece of tech — these displays are no longer a luxury item but something that’s within reach!

Of course, they vary in price depending on how well they’re made, who’s the manufacturer, and which kind of panel they’re equipped with. TN panels are great when you’re looking at them head-on, but once you view them at an angle, their color and contrast will shift wildly. 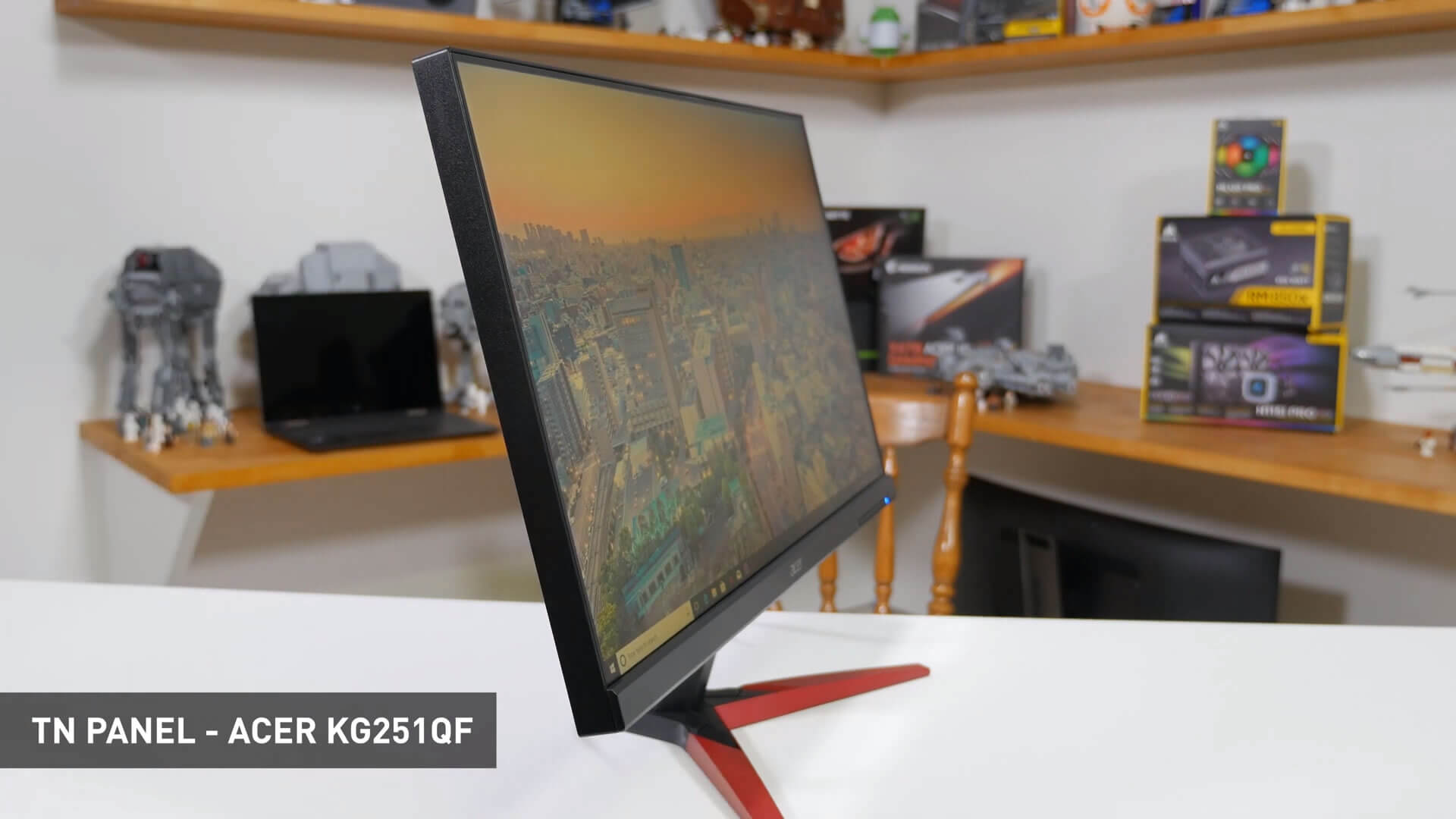 Of course, you’ll never be looking at your display at an angle like this, but it is a concrete flaw. IPS panels are best in that regard although they’re also the most expensive. Finally, there are VA panels that are like the best of both worlds (performance/price). There’s still a small shift when viewed at an angle but it’s nowhere near as noticeable as with TN panels.

High refresh rate monitors don’t cap out at 120Hz. Instead, they go all the way up to 360Hz, at least at the time of this writing. Most HFR monitors on the market these days refresh at 120Hz, 144Hz, 165Hz, and 240Hz. In fact, 144Hz is the most prevalent when it comes to gaming monitors. 240Hz displays, on the other hand, are marketed towards “extremely competitive gamers” although the difference between 144Hz and 240Hz is barely perceptible (if perceptible at all).

So, is the “base” option of 144Hz enough? Simply put: absolutely. The difference between 60Hz and 120Hz/144Hz is like night and day. But the higher you go (or faster, rather), the less noticeable it becomes. One could argue that anything beyond 144Hz simply isn’t worth it — it’s the point of diminishing returns.

Resolution is another key element that can seriously augment your gaming experience, but it’s not as mind-blowing as high refresh rate displays. Then again, it all boils down to what kind of game you’re playing. If it’s a narrative-driven title like, say, Red Dead Redemption 2, then playing at 1440p or even 4K will be a lot more immersive and enjoyable. If, however, you’re into competitive, fast-paced titles like Valorant or Call of Duty, then it’s really a no-brainer.

Of course, you can get a 1440p high refresh rate display (the best of both worlds), but they don’t come cheap, as you can expect.

A Strong GPU Is a Must

Finally, it’s not all about monitors — you’ll need a beefy graphics card too! Esports titles aren’t all that hard to run, but to enjoy the full glory of a high refresh rate monitor your graphics card will need to output at least as many frames as the monitor’s refresh rate. In other words, you’ll need to run, say, Overwatch at 144 frames per second (or at least very close to that number) to actually harness the power of a 144Hz HFR display.

That’s just something you should always keep in mind. Of course, getting that kind of frame rate in esports titles is relatively easy and won’t require you to sell a kidney, but triple A games are a lot more demanding hardware-wise.

Either way, if you have the budget, pairing a capable GPU with a high refresh rate display is what dreams are made of! EPL Group B Review: NiP at the Top?!