If you’re even remotely into gaming, you must’ve heard about mechanical keyboards. In fact, you’ve probably heard about them from a wide range of sources. Hardcore gamers, online media, peripheral companies, and everyone in between. Over the years, they’ve pretty much become a staple part of the gamer’s repertoire/arsenal, and there’s a good reason why.

And much like any other peripheral/tool, they come in as many shapes and sizes as you can imagine! Some of them have a ton of keys you’ll rarely (if ever) use. Others, however, come with the bare minimum key-wise. Heck, they’re so small they look like toys! Some of them are packed with RGB and follow a very aggressive “gamery” aesthetic. Others, however, are as clean and minimalist as possible.

In other words, there’s a mechanical keyboard out there for everyone, regardless of preference. That’s the great part about them, really. The fact that you can find just the right “fit” for your needs. A keyboard is nothing but an instrument we use on a daily basis. We use them as tools for communication with the people we love, but also for our work and pleasure. How good a keyboard is will heavily affect both your user experience and effectiveness during gaming.

So finding the right model for your needs is of the utmost importance — and it’s also an insanely enjoyable experience!

Unfortunately, if you aren’t well-versed in this whole technological mumbo jumbo, you probably feel a bit lost once someone starts talking about the many switch types, layouts, keyboard formats, keycaps, manufacturers, and so on. The point of this article isn’t to give you the whole nine yards on the matter. Instead, we simply want to introduce you to an endlessly fascinating world. Then — if it piques your interest — you’ll have the necessary know-how to delve even deeper on your own! It might seem daunting at first, but it’s definitely worth it!

With that out of the way, let’s begin!

The most prevalent mechanical keyboard form factors are the following:

There are other variants and form factors out there (like 40% or nav-less models, for example), but they’re not nearly as popular or widely used as the ones listed above. The mainstream market, at least right now, is mostly divided into full-sized, TKL, and 60% models. That’s what you’ll come across the most, which doesn’t mean they’re the only viable options out there! 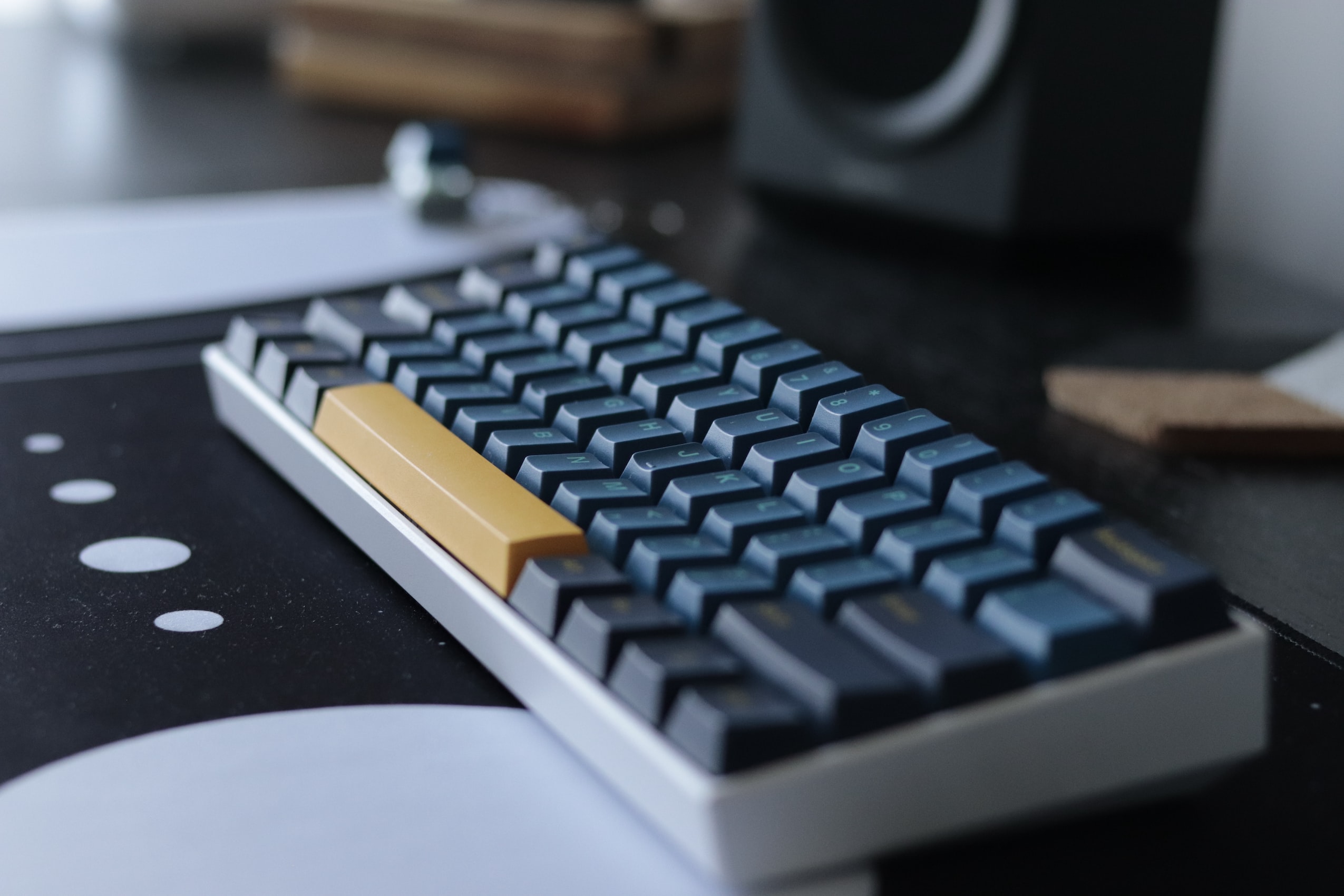 The type of switch your mechanical keyboard has is even more important than its form factor. Whether the keyboard is a somewhat shorter or not doesn’t play that big of a role to most people. Switch types, however, matter immensely.

Simply put, mechanical keyboards have an actual switch underneath, much like a regular typewriter, for example. This makes them endlessly more responsive than regular membrane keyboards.

As you can see, there’s a literal mechanical process happening, with the key depressing into its shell.

But before we delve deeper into the many switch types that are currently available on the market, we need to go over a couple of key parameters.

Actuation Force — This is an important one. Think of actuation force as the amount of force (calculated in grams) that your fingers need to exert on any key for it to register. The higher the number the more force you’ll need, of course. This affects the speed at which your keys will activate and the amount of “work” your fingers will have to do for any input to register.

Fast switches (like Cherry MX Red ones) have an actuation force of 45g. If you’re really about speed, you even have the 40g Kailh Silver Speed switches, just in case Red ones feel slow! Cherry MX Blue switches (known for their tactile feedback and clicky nature) require 50g. Now, a difference of 5g might not sound all that impactful, but it’s actually palpable. Cherry MX Black switches require 60g, with Cherry MX White ones having a whopping 70g actuation force!

Again, were talking about a meager variation on paper (gram-wise), but when you’re typing for hours on end, you’ll definitely feel the difference.

Actuation Point — The speed at which a keystroke is registered doesn’t only depend on the amount of force exerted by your fingers, but also by the actuation point of the switch itself. A short actuation point means your input will register long before the switch itself fully depresses. The Kailh Silver Speed switches mentioned above are insanely quick with a 1.1mm actuation point. They’re for “gamers looking to trim every possible split-second off their reaction times.”

That’s a bit of marketing talk, but it’s still pretty darn true. The actuation point of a “regular switch” (i.e. not a speed demon) is between 1.8mm and 2.2mm.

Operation Style — There are three main operational styles when it comes to switches: Linear, Clicky, and Tactile. Linear switches have no tactile bump, so they depress right into their shell and offer very little resistance. These switches are therefore the “fastest” because they can activate the quickest, making them perfect for gaming! Still, for some people, they’re a bit too quick, which is why most gamers opt for Brown switches instead. These are both linear and tactile, which means they offer the best of both worlds. Clicky switches, on the other hand, have a high actuation force (~50g), along with a very audible click.

To some people, this click is the sound of heaven. To others, however, it’s an absolute nightmare. Regardless, if you’re a fan of old-school typewriters and want your keystrokes to sound off across the room, Blue switches might be the way to go!

Total Travel Distance — Think of this as the depth of each switch, calculated in millimeters. The shorter the distance, the faster the actuation. Cherry MX switches, for example, are registered at 4mm. Kailh Silver Speed ones, however, are just 3.5mm.

Life span — Mechanical keyboards, while definitely solid, don’t last a lifetime. Most switches are rated for between 50 and 100 million keystrokes. This, in short, is quite a lot, and it means you’ll be able to use them for many, many years on a daily basis before anything dies out on you.

Finally, while all of these parameters might seem daunting at first, don’t let that intimidate you. Manufacturers are well aware that not everyone has the time and energy to go over these things with a calculator in hand, theory-crafting on which switch type would be best for their use-case. This is why switches are colloquially standardized. This means that if a switch is red, it’ll be very quick and linear. Full stop. If it’s blue, it’ll be clicky and loud, with brown ones being tactile and yet pretty silent.

These are the three most prevalent switch colors (and, by proxy, switch types), but they’re definitely not the only ones out there. There are many keyboard (and switch) manufacturers and they all have their own models and variants. Still, understanding the concepts of actuation force, actuation point, and operational style will allow you to grasp any kind of switch that’s currently on the market, so don’t fret!

Mechanical keyboards are incredible to use. They’re well-built, sturdy, beautiful, and can go a long way towards making your typing experience endlessly more enjoyable. They’re better for gaming, typing, and just regular day-to-day use. And after a while, you simply can’t go back to a standard membrane keyboard — mechanical ones are that good.

They’re still somewhat of a niche in the eyes of the general populace, but they’ve been the norm in gaming for many years now. And if you’re the kind of gamer/user who loves to fine tune his set-up and find the perfect peripherals for his work, you’ll love what mechanical keyboards have to offer!