Rogue made first place in EUL Stage 1, BDS won the August Major and Stage 2, Empire secured the November Major, and G2 Esports concluded the season with a victory at the EUL Finals. Five titles, four winners. But who really gets to wear the crown of EUL now?

THE CASE FOR ROGUE

Out of all the teams in this selection, Maurice “AceeZ” Erkelenz and his men arguably have the weakest claim for the crown. Despite being virtually invincible during the last Pro League season and Stage 1, after the August Major they almost immediately dropped to Challengers level. In EUL Stage 2, they failed to win a single match, with or without AceeZ. They finished the bracket in last place. Even their impressive performance in the first stage didn’t spare them from having to face the Challenger teams in relegation. 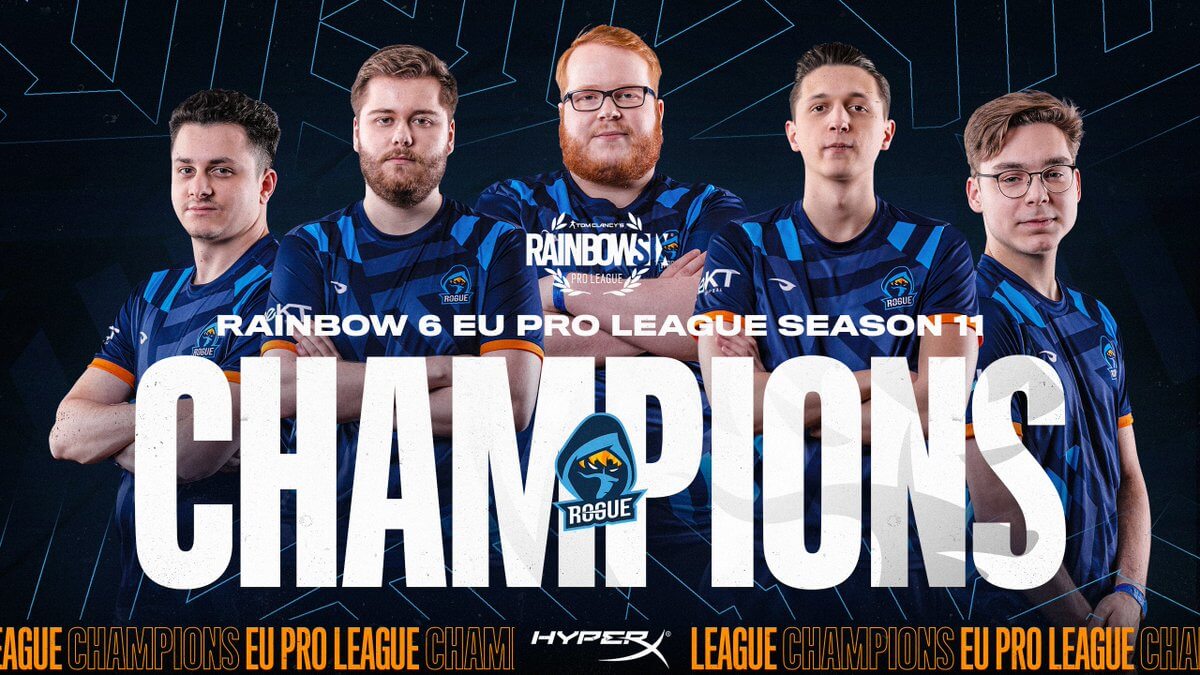 They fortunately managed to survive that scare a few days ago. Rogue have secured their place in the European League for another year, but their victory in the EUL Relegation wasn’t as much a success as it was a bare necessity. Even though they definitely have shown signs of improvement, they will first have to be able to compete against Empire, NaVi and the rest again. It stands to question whether they’re actually capable of doing this.

THE CASE FOR TEAM EMPIRE

Earlier this year, the winners of the November Major struggled immensely to keep up with the top brass. Unlike BDS, who kicked off 2020 with a last-place Pro League finish and then quickly stabilized, Empire only really got off their feet in October. Following an eighth place in Stage 1, they made second place in Stage 2. On top of that, they achieved the grand upset by dethroning BDS at the Major.

However, the November Major remained their only trophy in this season. Their overall placement wasn’t enough to qualify for the EUL Season 1 Finals. So we didn’t even get to see them play against the revitalized G2 Esports roster. Maybe they would have stood victorious, which would definitely have made them the best EUL team. This way, however, there are really only two teams up for contention.

THE CASE FOR G2 ESPORTS

The greatest legends of Rainbow Six esports have done it again. With their EUL Season 1 Finals victory, they have proven once again that they’re top tier material. But earlier this year, things looked a lot different. At the Six Invitational, they placed below BDS Esport and outside the Top 6. They failed to secure a single Pro League or EUL trophy, let alone a Major victory. They were unable to even make the November installation altogether. Unlike in 2019, their trophy case for the 2020 season is remarkably empty.

First big event on the good old HARD SUPPORT ROLE.
First time I have ever witnessed someone be a toe sucker as much as @Virtue_R6

But still they have held themselves at the top. Ben “CTZN” McMillan is being discussed as one of the best players in the world and the players have proven to continually be able to adapt and improve. They stood in the Grand Finals of the August Major and only fell in closely contested 2-3 fashion. With nine victories and four draws under the belt, they made second place of the entire EUL season. Even though they might not be the best team in the world anymore, they remain capable of fighting for big trophies.

THE CASE FOR BDS ESPORT

Barely any team has managed to achieve as much as BDS Esport have achieved within a single year and, most crucially, in the midst of a global pandemic. At the Six Invitational 2020, they were the highest-placing European squad. A last-place finish in Pro League Season 11 somewhat tarnishes that image, but afterwards they made the necessary adjustments to their roster. At the first EUL stage, they arrived as one of the strongest teams. Making second place right behind Rogue, they positioned themselves well for the upcoming August Major. When Rogue surprisingly bailed out early on, only one question remained: Would BDS be able to take the lead?

The answer to that was a resounding ‘Yes’. In an epic 3-2 reverse sweep, they demolished G2 Esports, who had already felt so sure of their impending victory. BDS announced themselves as the new European force to be reckoned with. In the second stage, they added onto their tally with a first-place finish. However, at the November Major, they surprisingly fell to a resurgent Empire. Even though their defeat to G2 at the EUL Finals was relatively decisive, they still made the Grand Finals again. Stéphane “Shaiiko” Lebleu was the best player of the year and alongside Loïc “BriD” Chongthep, he got the team out of its slump. BDS are now incredibly dangerous and have proven that they’re well capable of dismantling any European roster. They deservedly hold the crown of EUL, as no other team has performed this well and secured this many medals over such a long timespan. At the Six Invitational 2021, the first international meet-up since SI2020, they’ll have to build onto their achievements and show the same level against the strongest teams of all the other continents. Only then can they actually be crowned as the best team of the world.