With AMD and Intel prepping their budget graphics cards for the first half of 2022, NVIDIA simply has to respond. Fortunately, it already has a stellar product in the pipeline: the Ampere-based RTX 3050! Now, we’ve known about its existence for quite a while, so there’s nothing new on that front. What is new, however, is that we finally have a better (if not wholly precise) estimation of just how powerful it’s going to be!

According to Videocardz, the RTX 3050 is going to outperform the GeForce GTX 1660 SUPER — a pretty darn potent GPU that was released back in October of 2019. It might lack some of today’s most alluring bells and whistles (like DLSS support and ray tracing, for instance), but it can still pack a punch and can handle most (if not all) of today’s AAA titles with ease.

Be that as it may, the RTX 3050 will not be able go blow-for-blow with the upcoming RTX 2060 12GB that’s scheduled to be released next month; this means that its direct competitor from AMD isn’t going to be the Radeon RX 6600 but rather the RX 6500XT, a GPU that’s also expected to drop sometime in Q1 2022. 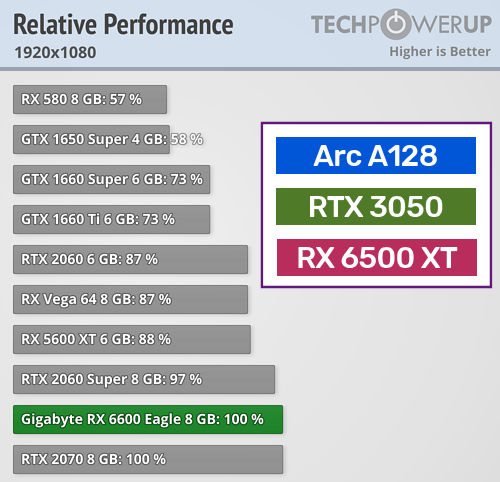 All in all, we’re talking about a very powerful graphics card that’ll deliver in every way, shape, and form. Better yet, if you can harness the power of DLSS, the RTX 3050 will punch way above its weight-class and, well, it probably won’t cost an arm and a leg unlike some of its more powerful bigger brethren. In that sense, it’ll offer immense value for the asking price.

The RTX 3050 Ti is also coming our way, so if you happen to need even more performance for whatever reason, that particular model should definitely be at the top of your list of priorities!

This is the elephant in the room, and no one’s quite sure how to address it. We still don’t know how much NVIDIA is going to charge for the RTX 3050 once it hits the market in Q2 2022. There are other, noticeably more important questions in the air, too: will NVIDIA be able to meet the demand? Will the ongoing semiconductor shortages get in the way and, if so, by how much?

Last but certainly not least, its hash rate will heavily affect availability. If it ends up being good for mining it’ll surely sell like hot cakes. It’s still a budget graphics card, but the crypto craze is so strong and omnipresent that miners will basically buy anything that’s available (at even remotely reasonable prices).

These are all hugely important questions, and while we’re not particularly optimistic, many things could change by the time the RTX 3050 hits the shelves. So, fingers crossed! The AWPtical Wizard: The Tale Of kennyS (Part 1)