We have a whopping fifteen brand-new “Guardians of the Ancient” cards to break down and, needless to say, they’re quite exciting! How big of an impact they’ll have on Legends of Runeterra upon release still remains to be seen, but they’re definitely worth our time and undivided attention. 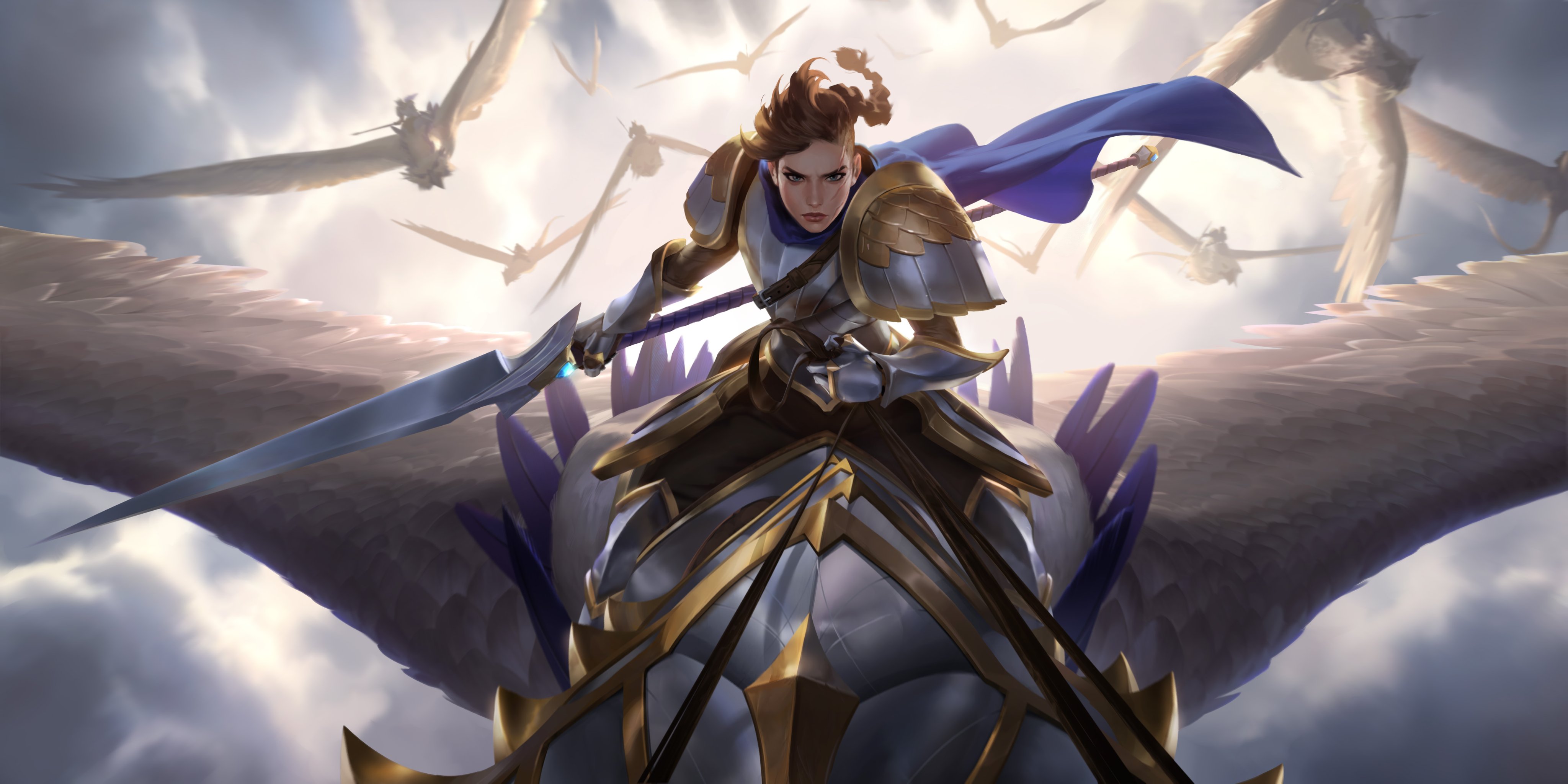 ‘Guardians of the Ancient’ Expansion — A Slew of Exciting New Cards

These cards have a rather simple underlying goal: they’re supposed to empower each region other than Shurima and Targon, both of which have gotten quite a lot of support over the last couple of expansions. Whether they’ll succeed in their mission still remains to be seen, though.

“Bone Skewer” is a 2 mana Fast spell. An allied unit will strike an enemy and then move to the top of your deck.
“Monster Harpoon” is a 6 mana Fast spell. It’ll deal 5 damage to a unit and, in case you proc its Plunder passive, it’ll cost 3 less mana.

“Succumb to the Cold” is a 4 mana Burst spell. It’ll Frostbite an enemy and then summon a Frozen Thrall.
“Burried in Ice” is a 9 mana Slow spell. It’ll obliterate each enemy to summon a Frozen Tomb in its place. Talk about a mind-blowing, obscenely powerful spell! As if Freljordian decks needed even more ways to clear the board! Absolutely insane stuff.

“Ardent Tracker” is a 6 mana Elite with 3 | 5 and Scout. Once you summon an Elite, its cost will be reduced by 1.
“Cithria, Lady of Clouds” is a 10 mana Elite with 10 | 10 and Challenger. Once summoned, it’ll double other allies’ Power and Health and grant them Challenger. To say that Cithria is staggeringly powerful wouldn’t even begin to cut it!

There’s quite a lot to like here. Heck, we’re putting it mildly! The two Bilgewater spells are also foreshadowing Pyke’s release which, in all fairness, can’t come soon enough! All in all, we’ll have to reserve judgement until we can try these out ourselves on May 5th, but there’s certainly a lot of potential!
CCG expansion Guardians of the Ancient Legends of Runeterra LoR Riot Games