Legends of Runeterra patch 1.11 is interesting for a wide variety of reasons. Not only did Riot ship a couple of much-needed balance changes, but they’ve also thrown in a couple of surprises! Players have been clamoring for an adjustment to the meta ever since the Call of the Mountain expansion, and this is definitely a step in the right direction.

Aurelion Sol — Starting with patch 1.11, you’ll need 25+ total Power (across your board) instead of 20+ to level Sol up. A much-needed nerf that should give his opponents a bit more wiggle room when it comes to shutting him down or, at the very least, containing his power.

Radiant Guardian — Power is going down from 5 to 4. A solid nerf to a pretty volatile card. It still has a ton of staying power, but should be easier to remove going forward.

Inspiring Mentor — Power is going up from 1 to 2, with health going down from 2 to 1. Hopefully, this will push Ionian aggro decks into viability.

Pix — Base health is going up from 1 to 2. This should make her noticeably more resilient, therefore buffing support decks in the process.

Jack the Winner — Base health is going down from 6 to 5.

Petty Officer — Base health is going down from 2 to 1. Petty Officer was a bit too good for “the asking price.”

Bastion — In an attempt to empower Targon buff decks, Riot is now giving Bastion the ability to grant +1 | +1 to the selected ally, alongside Spellshield.

Cosmic Inspiration — Riot has removed the mana refund aspect of the card entirely. It will now only provide allies everywhere with +2 | +2 is you Behold a Celestial card.

Grandfather Rumul — Rumul will now provide two allies with +0 | +4 instead of just one. Certainly a more solid Play ability.

Hush — We always knew Hush would end up being OP, and balancing it will certainly prove to be problematic going forward. For the time being, it’ll still work as intended, but the second Fleeting Hush it provides in hand will now cost 1 more mana.

Mountain Goat — Unit health is up from 1 to 2. A simple usability buff that should allow Mountain Goat to provide a more consistent access to Gems. What would a patch be without a bit of cosmetic spice? For the Legends of Runeterra patch 1.11, Riot is releasing the “Celestials” card back. A fitting design that’s in line with the whole Targon thematic.

You can also buy a new Guardian called Astra. 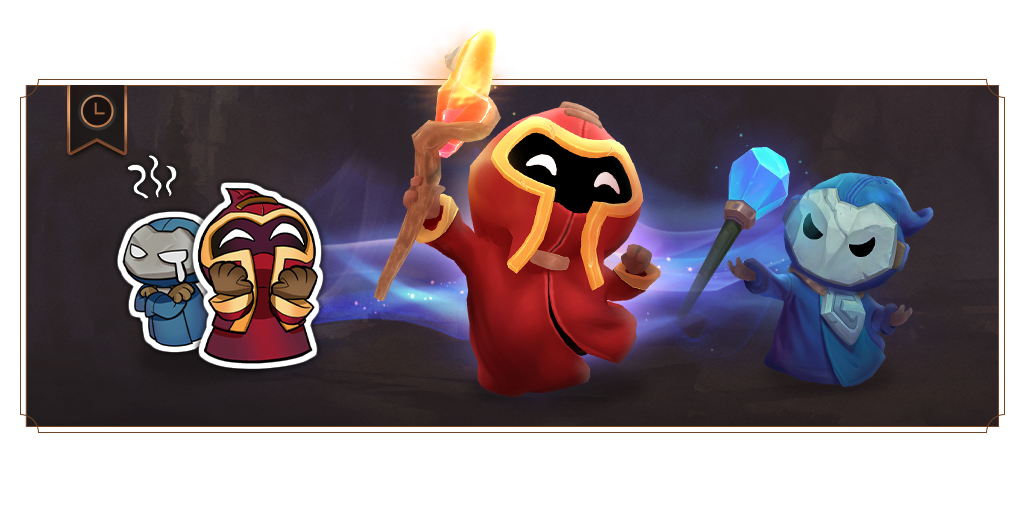 There’s also a brand-new Minion bundle that’s available for 975 coins. This bundle includes the Minion guardian (pictured below), an exclusive guardian called Blue Minion, and a “You Jelly?” exclusive emote.

Single-Player Lab: Journey to the Peak 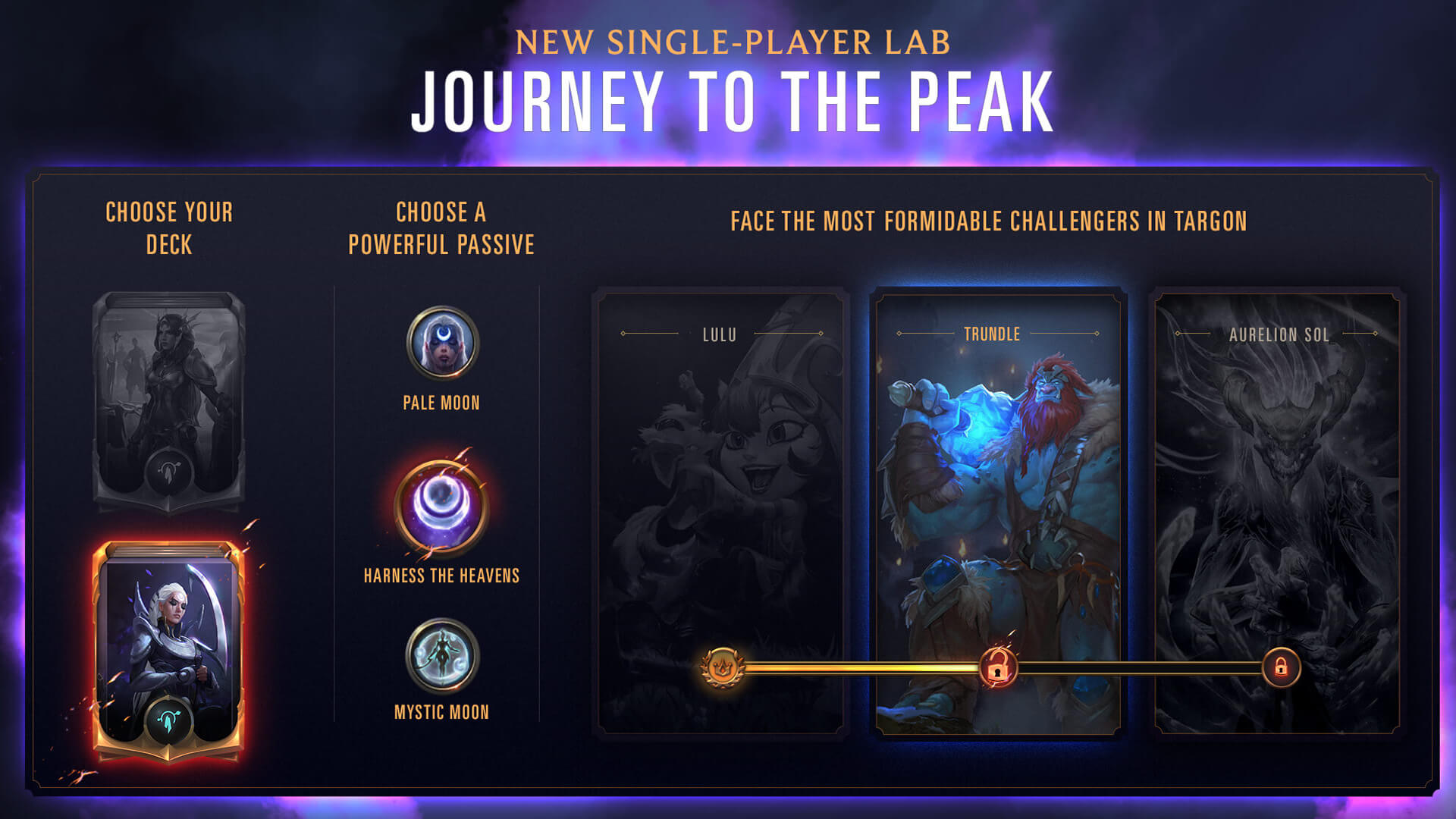 This is where things get interesting. This is the very first single-player Lab in Legends of Runeterra, and it certainly looks like an exciting addition to the game. Basically, you pick either Leona or Diana, then follow up with one of three passives that are available, and then face three “unique, increasingly challenging battles.” First you’ll go up against Lulu, then Trundle, with Aurelion Sol waiting at the end of this short gauntlet.

Overall, if you’re into single-player content, then make sure to log in and go straight into Labs to test this one out! 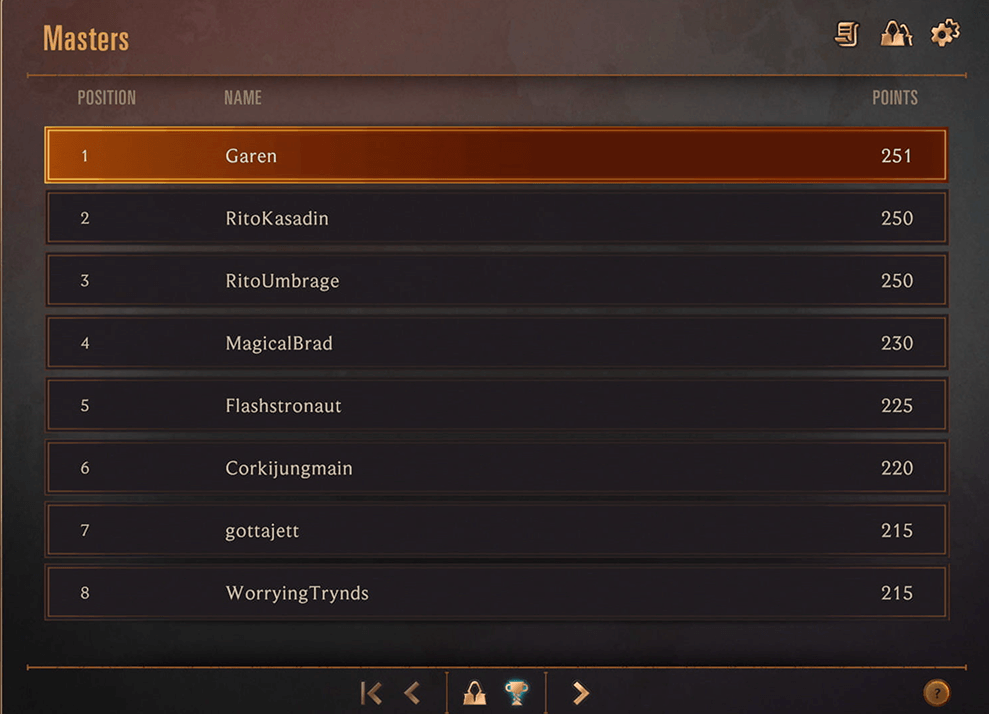 The Play screen will now show off two separate leaderboards. There’s the Masters leaderboard that’ll tell you who’s on top of the ranked ladder, with the Friends leaderboard showing how your friends are faring ranked-wise.

Riot has big plans for the social aspect of LoR, and leaderboards are just the beginning! Expect player profiles and game spectating to also be released in a couple of months!

Riot has shipped a couple of changes that are aimed at diluting two of the most consistent Targon archetypes. You can see these impactful changes below: Overall, these are interesting (and much-requested) changes that should, in theory, positively affect the current meta. Obviously it’s still too early to know for certain, but it’s a step in the right direction. Targon-based decks have been running rampant (in their many variables and incarnations) and have definitely made the game a bit less fun.

We’ll keep an eye on the way things develop going forward. Hopefully the meta will shift towards the positive end of the spectrum before the second Call of the Mountain set hits live servers in October!