The latest Legends of Runeterra Monuments of Power patch (1.12) is finally here! There’s quite a lot of ground to cover, so let’s not waste any more time than what’s necessary on redundant introductions! The sooner we get into the nitty-gritty the better!

A brand-new patch is always a cause of celebration. This one, in particular, brings a ton of new stuff, including 40 brand-new cards, 3 champions, and some accompanying cosmetic goodies! What’s not to like? Generally speaking, the meta isn’t in a particularly good spot, with Lee Sin (nerf coming with patch 1.13) and Targon running rampant, but that’s bound to change soon. Whether it’ll change towards the positive end of the spectrum or not still remains to be seen.

Still, these three champions (along with Landmarks) are bound to change the game in new and exciting ways. With that out of the way, let the theorycrafting begin!

Power comes to those who seek it. Here’s everything out now with Patch 1.12—the Monuments of Power expansion!

As mentioned above, this patch ships with a bevy of new stuff, some of which are quite game-changing. We’re talking three champions (Tahm Kench, Soraka, Shyvana), but also Landmarks — a new type of card that’ll affect the game in a myriad of ways. There’s also quite a few support cards for various regions like Bilgewater, Ionia, and Noxus. So, in short, if you’re the kind of player who’s into these lesser represented regions (in today’s meta, at least) you’ve just been given a reason to queue up and start grinding!

The “Region Roads” for Targon, Bilgewater, and Demacia have just been extended so that you can “pursue all the new Champions and cards.” This means that Targon now goes up to 25 levels (up to 20), with the Targon card back being up for grabs if you go all the way. Bilgewater and Demacia, however, now go up to 29 levels each. The new levels of both regions will now only drop Call of the Mountain cards (including this latest set) until you’ve managed to unlock them all!

“Genevieve Elmheart” will now have 4 HP instead of 5. In short, there was very little counter-play whenever she was brought onto the board. With less HP, however, she’ll be slightly less effective, although no less dangerous and overwhelming. She’s still a phenomenal unit with a ton of value.

“Bastion” will now cost 4 mana instead of 3. Even though this card was recently adjusted, it still brought a bit too much for the table. In other words, its efficiency was through the roof. An increase in cost should limit “its most punishing use cases” but also make the card a bit more balanced in general as well.

“Hush” will now cost 2 mana instead of 3. Riot is removing its repeatable aspect while also decreasing its overall cost. This means that Hush will now simply Silence a unit throughout the round it’s activated and that’s all. Overall, it’s still hugely powerful but it’s not as oppressive, so that’s definitely a plus.

“Living Legends” will still do the same thing (fill your hand will random Fleeting Celestial cards) but it’ll no longer refill your spell mana — “just” your regular mana gems.

Labs in Legends of Runeterra will now have a quicker rotation throughout patch 1.12. During the first week after this set drops, you’ll be able to play a special Lab called “A Landmark Occasion.” As the name implies, you’ll be able to choose from a selection of six decks, with each of them further showcasing one of the brand-new Landmarks and accompanying support cards. The Landmark decks are the following: Howling Abyss (Freljord); Noxkraya Arena (Noxus and Freljord); Slaughter Docks (Bilgewater); Star Spring (Targon); University of Piltover (Piltover and Zaun); Vaults of Helia (Shadow Isles).

For week two of the patch, however, Riot intends on bringing ARAM back, although with a twist! Rather than building a whole deck, you’ll get to choose from a mulligan full of champion cards before composing your opening hand and deck. This, of course, includes the latest champions and cards. 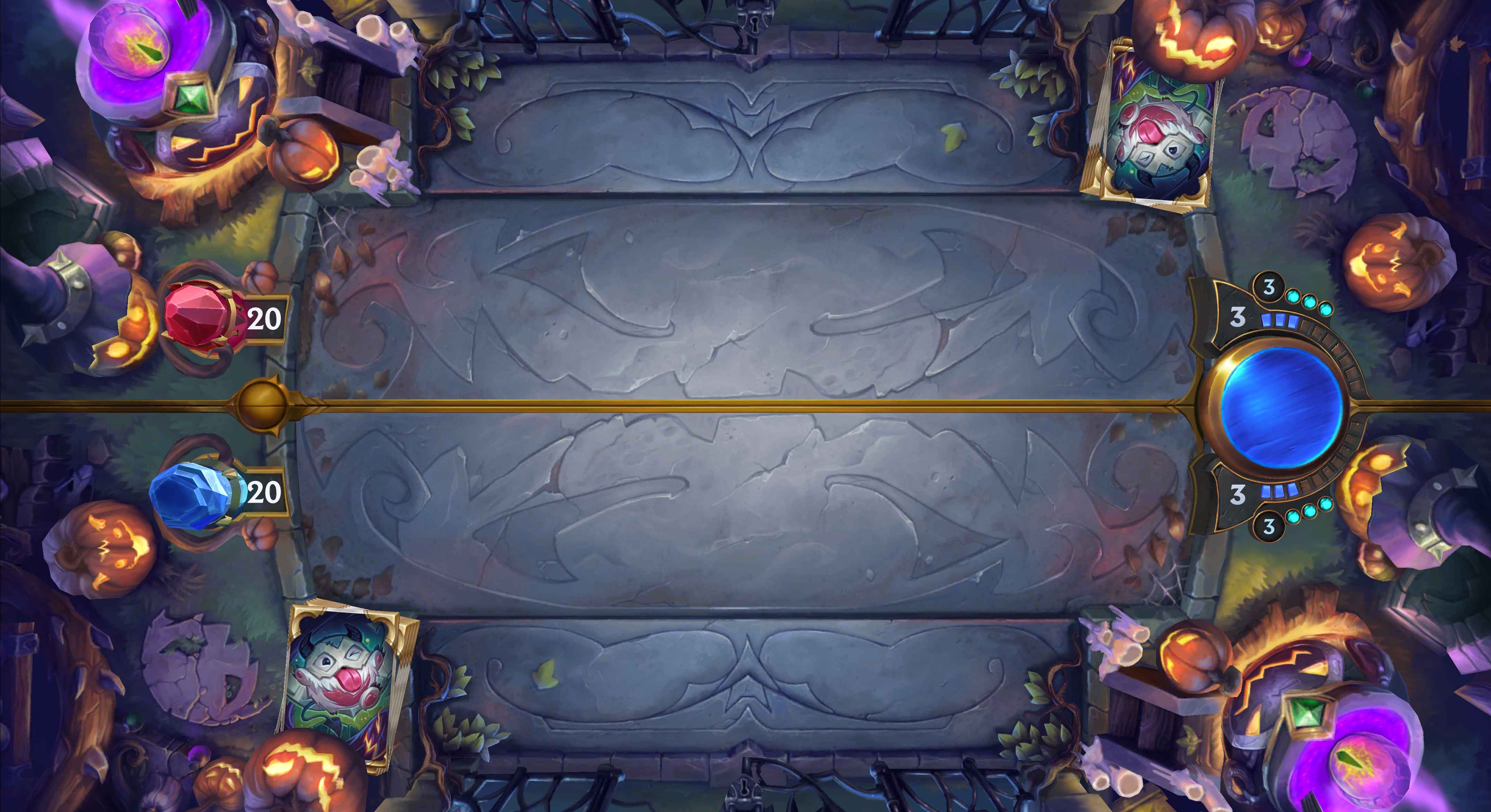 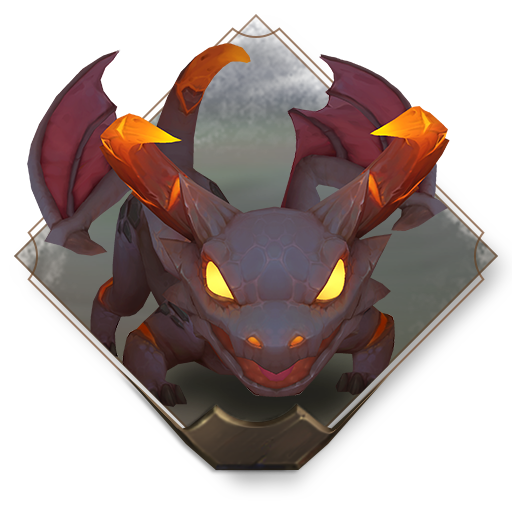 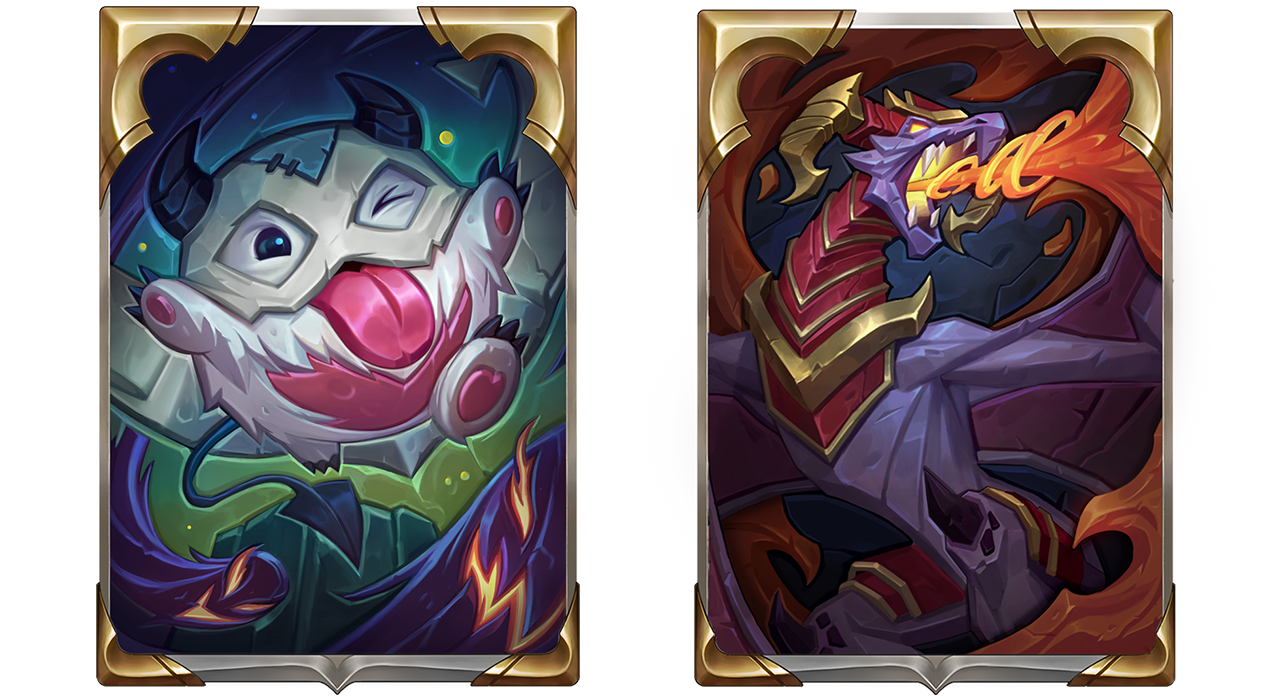 A stellar addition to an already packed in-game emote collection!

And, of course, two new bundles!

The Harrowing Bundle contains the “Boo!” card back and the “Haunted Grounds” board for 1332 coins. There’s also the Emotes of Power bundle for 570 that’ll allow you to grab all four emotes at a 25% discount! That’s still a fair bit of money, but if emotes are your thing, then this is definitely a good deal.

Lastly, The Dragonborn Bundle will set you back for a whopping 3339 coins. It includes the Dragonic Fury deck, Infernal Drake guardian, Dragonborn card back, and an exclusive Shyvana emote called “Fired Up.” The deck, as expected, is based on Shyvana and Aurelion Sol, with a tonne of Fury-equipped Dragons. (i.e. classic midrange beatdown)

Even though three new champions doesn’t sound all that monumental, we’re bound to see a huge shift in the meta. Whether that’ll pan out in a positive or negative sense still remains to be seen, but there’s a reason for optimism! As always, we’ll bring you more coverage once things settle down a bit.

Finally, if you wish to go over the latest Legends of Runeterra Monuments of Power patch in a more official manner, you can check out Riot’s official website!