With such frequent hardware releases, it’s becoming harder and harder to understand just how good of a PC you really need for esports, and even “triple A” gaming for that matter. Hardware manufacturers are always coming up with something new, exciting, and endlessly alluring. But fact of the matter is: you really don’t need the latest and greatest hardware to game comfortably. That’s just a fact.

Whenever there’s a new piece of tech coming out, these obscenely powerful companies go above an beyond in an attempt to “reinvent the wheel.” As a result, potential buyers are bombarded with a ton of marketing material and bombastic promises along the lines of “double the performance,” “mind-blowing,” “revolutionary,” along with a seemingly endless list of attention-grabbing superlatives and adjectives.

By the end of it all, you really feel like you’re missing out if you don’t spend a couple of hundred dollars on the latest graphics card or processor. But that’s what marketing is for: selling superflous and highly redundant things. Gaming, in particular, is a very specific field. It’s comprised of both hardware and software, and there’s always something new on the horizon. But in reality, you really don’t need to upgrade your gaming PC all that often, regardless if you’re exclusively into esports titles or those big budget, narrative-driven “game of the year” candidates.

So let’s focus on what matters most and which components you need to upgrade first (and when)!

As far as processors go (in the context of gaming), you really don’t need any mind-blowing behemoth, despite what some are claiming. Of course, the stronger the processor the better, but most games these days really aren’t optimized beyond four physical cores. So you can get a CPU with six cores and twelve threads (like the Ryzen 5 3600, for example), but you’re not going to see any huge gains because of its core count. What will matter, however, is its efficiency and ability to maintain high enough clock speeds over prolonged periods of time.

Hyper-threading is also a pretty good boost, so if you already have a CPU that has four cores and eight threads then you’re good to go gaming-wise. Of course, we’re only talking here from a budgetary standpoint. With hardware, you often reach a point of diminishing returns. So you can buy a stronger processor, but (depending on the model and its price) it’s not going to be worth it relative to any potential performance gains.

The Illusion of Improvement

Some gamers love to fixate on frame rates and numbers. That’s why they argue that processor X is stronger than Y by 10% in select video games. That, while mathematically correct, doesn’t really change anything if both CPUs can run the game you want at over 60 FPS (stable). So whether you’re getting 90 FPS or 81 FPS means very little in the grand scheme of things seeing how it’s an imperceptible difference.

For gaming, single core performance is always what matters most. In that regard, Intel has been king for quite a long time, although their processors are by no means priced accordingly. Fortunately, AMD stepped up big time and has started offering incredible processors that are more than worth their asking price, especially when we’re talking about price-to-performance.

Still, if you have an older CPU from Intel (something like an i7-6700) then there’s really no need to update, as long as it has four cores and eight threads. You can definitely go for something beefier, but you’d be wise to redirect those funds into your graphics card or something else entirely.

Suggested buy: Ryzen 3100 or 3300X (the latter runs a bit hot, so pairing it with an aftermarket cooler makes a lot of sense). If you’re doing any other workloads other than gaming (like editing, rendering, modeling, etc.) then the Ryzen 5 3600 is the way to go. 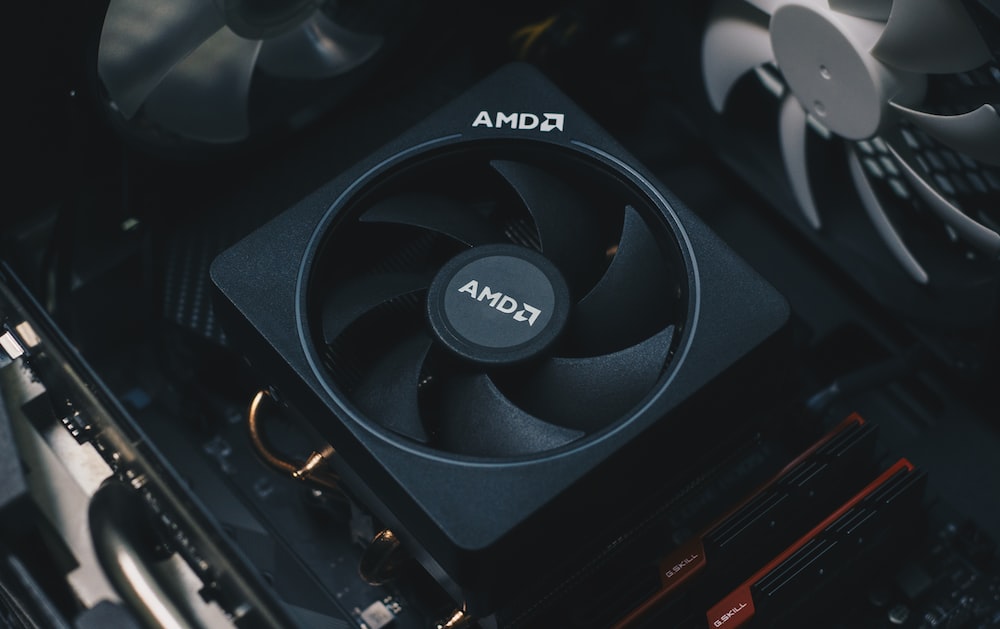 Graphics cards are a tricky topic to tackle, especially in today’s day and age. When it comes to gaming, they’re undeniably the most important part of your rig. A good GPU is literally the difference between playable and insufferable. And boy are these graphics card incredible, both in terms of performance and design. These manufacturers really go out of their way to create a product that looks like the next best thing since sliced bread. Immaculate machining, fantastic materials, robust designs, etc. They have it all, really.

But they’re also quite expensive (immensely so, at times) and aren’t really worth the asking price. It all boils down to which games you want to play and what you deem as an enjoyable experience. So, for example, if you’re into esports titles, then something like a GTX 1650 or RX 5500 XT is more than enough. If, however, you want to occasionally veer into “triple A” gaming, then you’ll need something a bit more powerful. Nvidia’s RTX 2060, for example, is a great GPU, although it doesn’t come cheap. AMD, on the other hand, has the RX 5600 XT which is less expensive but about as capable.

The one thing no one really tells you all that often is that older graphics cards are still more than sufficient for 1080p gaming. An RX580 (or RX590), for example, is still more than sufficient to run games like Red Dead Redemption 2 or Borderlands 3 at nearly maxed out settings. You really don’t need the latest and greatest piece of tech to game comfortably. At least not if you’re okay with tinkering a bit with the settings and don’t plan on 1440p or 4K gaming.

The same goes for the GTX 1070 or 1070 Ti. Heck, the GTX 1060 (the 6GB model) is still great for gaming, although it’s by no means a behemoth. Fortunately, you can always hop onto YouTube and do a bit of research. Just write the name of the game you’re interested in, followed by the name of the graphics card you’re thinking of buying. You’re guaranteed to find a slew of videos showcasing just how good that title is running on that particular GPU. It’s really that easy!

When it comes to RAM, two things need to be said: having 16GB is for the best, and having two sticks (or four) is an absolute must. The former is important because most games these days require a metric ton of memory and won’t run nearly as well on 8GB. Fortunately, RAM is pretty cheap these days so it’s best not to have it as a bottleneck.

Having two sticks of memory is arguably even more important because the performance gains are absolutely mind-blowing. We’re talking upwards of +20 FPS, depending on the title. So if you can, make sure to buy memory “kits” with either two sticks of 4GB (totaling out at 8GB of RAM) or two sticks of 8GB (totaling out at 16GB). These kits are slightly more expensive but it’s a negligible price delta given just how big of a difference they’ll make. Having two sticks (or four, if you have enough memory slots on your motherboard) will allow your RAM to run in dual channel mode. This will hugely bolster the responsiveness of your PC and that holds especially true for gaming.

When it comes to building a gaming PC, you need to ask yourself two things: which titles do I plan on playing the most, and what do I deem as an enjoyable experience? Esports titles can run on nearly any kind of hardware. Triple A ones, however, require a beefier graphics card and a fairly solid processor too. Still, you don’t have to go bankrupt when building a gaming PC if you just do a bit of research and find the right (budget-friendly) components! Brand-new, cutting edge hardware is always nice and alluring, but it’s rarely worth it. Evil Geniuses Completely Messed Up at ONE Esports Singapore Major R6 EUL: G2 Are Getting Their Act Together