At long last: the AMD Radeon RX 6600 XT has been made official! And, as always, there’s quite a lot to talk about. This is by no means an unimpressive graphics card, but given what NVIDIA has to offer, it’s not exactly the most alluring option on the market. Heck, it’s not even close!

The $379 price tag might seem relatively alluring, but that’s only on the surface level; once you start digging a bit deeper, you instantly realize that that it isn’t, in fact, such a good deal.

This MSRP will position it between the RTX 3060 and RTX 3060 Ti, both of which offer more value for the asking price. DLSS, ray-tracing, and hardware encoding are absolutely huge benefits and can seriously improve your gaming experience regardless if you’re a hardcore gamer or not.

The AMD Radeon RX 6600 XT is the successor to last gen’s 5600 XT, and is ever so slightly more powerful than the 5700 XT. This fact alone means that it’s a very powerful graphics card that’s capable of churning through any title you might throw its way. Its TDP is also 65 W lower than that of the 5700 XT which means it’ll perform better and draw less power. That’s definitely a plus as far as we’re concerned.

Still, at nearly four hundred dollars, it’s not exactly “budget-friendly” nor will it make you want to pull out your wallet and go on a frivolous shopping spree. 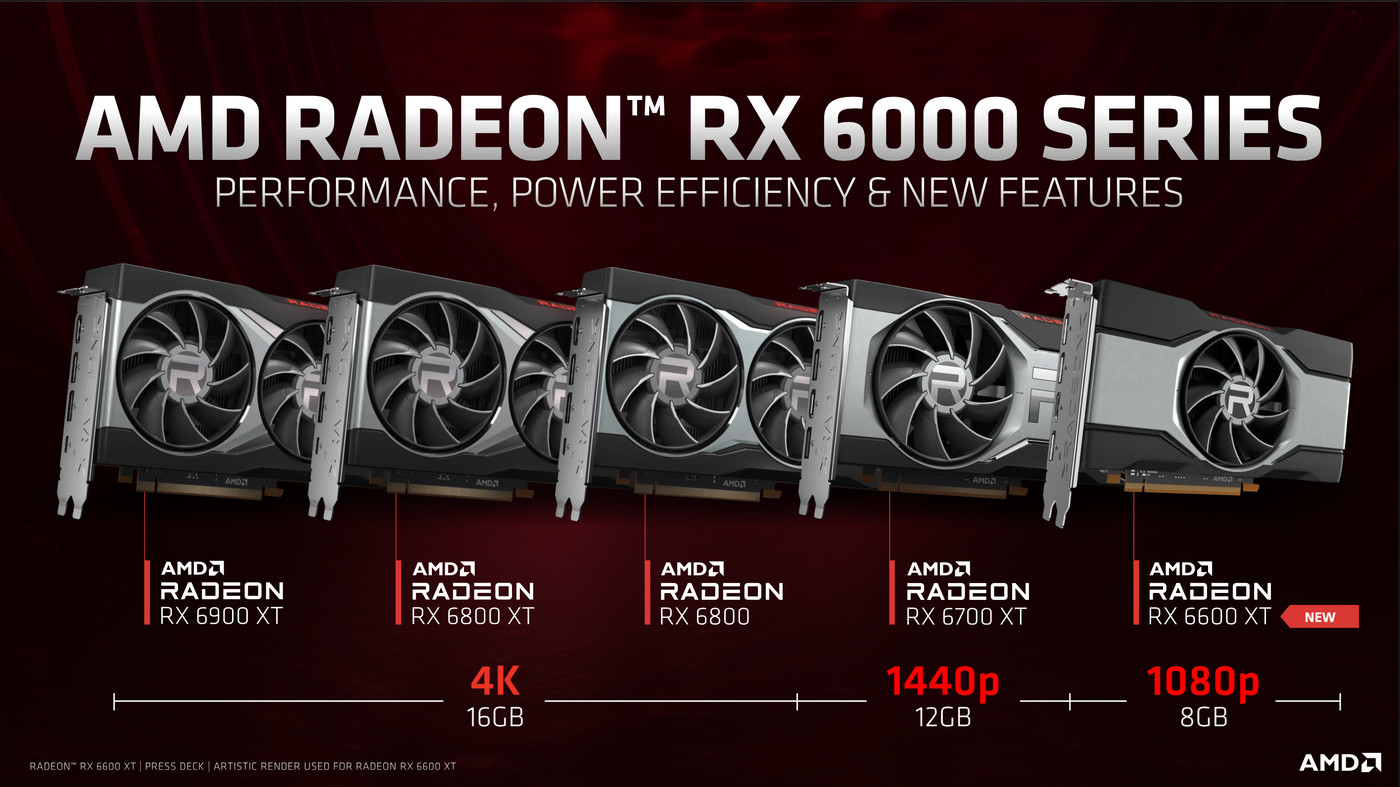 Simply put: NVIDIA’s 30 series GPUs offer more bang for the buck. Moreover, the 3060 has 12GB of GDDR6 VRAM which is quite a lot more than what the 6600 XT is packing. So are there any benefits of going with AMD on this one? Right now, as things stand, we really can’t think of any good reason why anyone would want to side with “team red.”

Certain novel features like FidelityFX (or FSR, for short) and Smart Access Memory are undeniably great, but they’re also rough around the edges, and it’ll take AMD a couple of years before they’re able to go blow for blow with NVIDIA in that department.

The thing is, we know for a fact that the RX 6600 XT won’t cost “just” $379 once it starts shipping on August 11th. Moreover, if AMD’s recent track record is anything to go by, we might be in for yet another paper launch.

Moreover, as if all of that wasn’t enough, we’d be remiss if we didn’t say that we’ve reached the point of diminishing returns. That’s a fact. If you happen to own a last-gen RX 5000 series GPU, then there’s really no reason to upgrade — doubly so given the current state of the market.

All in all, you’d be wise to wait for prices to drop. There’s finally a light at the end of the proverbial tunnel, and all we have to do is wait a little bit longer!